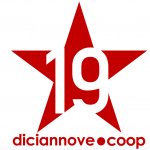 dear teachers,
here is the form you can fill in to share your activities and enrich the project

Please, find attached my case study. Thanks for today's meeting.

Please, find attached my case study. Thanks for today's meeting.

The average age of pupils was from 11 to 13. I did a lesson on climate change using video and documentaries that showed global warming in the years via Satellite images, which showed the effects on the planet’s environments. The pupils prepared posters and signs on environmental migrants (people who had to leave their homes because of the tragic effects of climate change) in preparation for a climate strike.

The activity informed students about the effects of global warming on the lives of people and on how they could personally intervene in a strike to help raise awareness. It also helped them work together in groups where they decided together how to prepare their signs and posters based on the information that I had showed them in the documentaries, so they had to reflect on the effects of climate change together to do this.

I remember that the students were very creative in their posters. For example, they even created a QR code which people could scan and it would send them to a file which explained what an environmental migrant is. They also created 3d posters besides regular ones, which I thought were very cool. I feel that they learned about how serious the situation and I’m happy because it is a topic which not many people talk about or in the news, and the pupils really demonstrated that they cared about these unfortunate people. They really stepped into their shoes.

I have a master’s degree in Environmental Science. I have studied these topics in depth and am very knowledgeable about the subject of climate change.

I also worked with an organization called Comieco /AISA (Associazione Italiana Scienze Ambientali) as a recycling plant guide for primary school pupils. Another thing that I did was work with the same organization (Comieco / AISA) at public stands (gazebo) in the country. We raised awareness about the environment and green technologies with games in a face-to-face way with childrens and adults, as well. These "Riciclo Aperto" events lasted about a week each time, and the organization sent me to different cities in the countries once or twice a year. I've been doing this for the past 5 - 6 years. It is always an interesting experience to help raise awareness of recycling with children and teenagers. I like to interact with them and I like to work in these live situations.

Last year I participated in Servizio Civile (Civil Service) with an organization called SCOLé, which is also headquarters of the WEEC (World Environmental Education Congress) network, so I worked on these topics a lot last year.

No online members at the moment